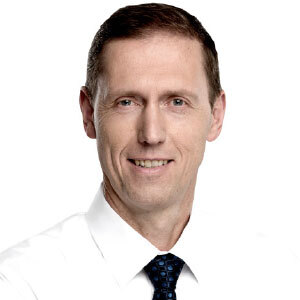 Tomáš Varcop graduated from the Brno University of Technology, Faculty of Mechanical Engineering. He then went on to work at TATRA TRUCKS a.s. in the Research and Development department. In 1993, he completed an MBA program at the University of Pittsburgh, J.M. Katz Graduate School of Business specialising in Strategic Management. After completing his MBA, he became Senior Manager at Accenture, where he worked from 1993-2002. In 2003-2007, he worked as the Division Director of Trade and Sales and a member of the Board of Directors at Západoslovenska energetika, a.s., in Bratislava. Then, from 2008-2012, Mr. Varcop ascended to the position of Chief Commercial Officer and Member of the Board of RWE Transgas, a.s. In 2014, he became the CEO of innogy Energie, s.r.o., where he still holds this position. At the same time, since 2019, he has been the Chairman of the Board of Directors and Chief Executive Officer of innogy Česká republika.
Back