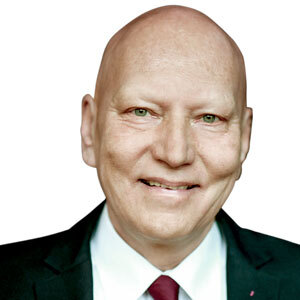 He graduated from the Faculty of Mechanical Engineering at Brno University of Technology and holds a diploma from the International Institute of Certified Studies in Strategic Management.
In April 2019, Tomáš Hüner was appointed Director of Siemens Operating Company Smart Infrastructure that merged the Energy Management and Building Technologies divisions. He held the position of Minister of Industry and Trade from December 2017 to June 2018, during which time he interrupted his employment in the position of Director of the Energy Management Division for Siemens. Before he started working for Siemens in October 2015, he was Chairman of the Supervisory Board and Director of Energy Sources for Vršanská uhelna, a.s. Between 2006 and 2014 he was Chairman of the Supervisory Board for ČEPS, a. s., while simultaneously holding the position of Chairman of the Supervisory Board of OTE, a.s. between 2011 and 2014. As Deputy minister of Industry and Trade he directed creation of legislation and concepts in the field of power engineering and industry (2006-2011). He was chairman of the Board of Directors and Managing Director of Severomoravská energetika, a.s. from 1994 to 2002.
Back