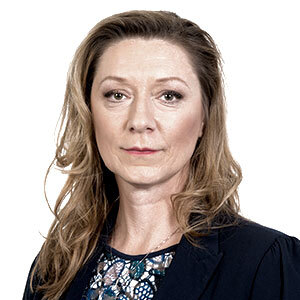 Mrs Krčová graduated from the Faculty of Economics and Management of the Czech University of Life Sciences and also from the Brno International Business School (B.I.B.S.). In the 1997 she started her work on the Ministry of Industry and Trade on the position of the Ministerial Council for regulation in the energy field. Since the 2001 she worked at the Energy Regulatory Office (ERO). Between 2002 and 2003 she hold a position of the head of analyses department. Between 2003 and 2009 she worked as the director of strategy division, she was responsible for economic regulation in energy sector and preparation of regulation reports and legal regulations in the secondary legislation.
Since 2011, Mrs Krčová after nomination to the function of the Vice-chairwoman for regulation, she was responsible for publishing final decisions, regulatory reporting for licence holders and legislation within ERO Energy law competences. Between 2015 and 2017, she worked as a Vice-chairwoman for the European issues and strategy. She was in charge of ERO international activities and she also took part on preparation of common processes for implementation of the new European energy legislation and on coordination with the Agency for the Cooperation of European Regulators (ACER). In 2019 Mrs Krčová has been concerned with municipality energetics and its decentralization at the Prague 7 Municipality. On August 1, 2019 she was nominated to the ERO Board.
Back