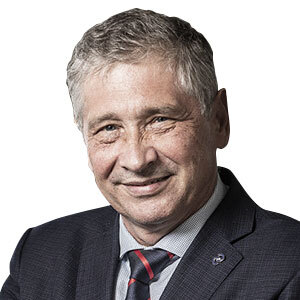 Graduate of the VSB-Technical University of Ostrava. He was awarded the Prize of the Minister of Education of the Czechoslovak Republic for his outstanding academic achievements. He was awarded a professorship in engineering informatics. He is the founder of education in the field of informatics in Ostrava. From February 2010 to November 2016, he was the Rector of VSB-TUO, formerly the Dean of the Faculty of Electrical Engineering and Computer Science of VSB-TUO. For ten years he was a visiting professor at Montanuniversität Leoben in Austria. In the USA he worked on research programs for Software Research Labs, Texas Instruments. He is the main author of the project to build one of the largest supercomputers in Europe - IT4Innovations. From 2011 to 2016 he was a member of the Government Council for Science, Research and Innovation. On 10 November 2016, he was elected to the position of the Governor of the Moravian-Silesian Region by the Representative Council of the Moravian-Silesian Region.
Back